Let’s travel back to the summer of 2017. Every pub garden, every summer before this would consist of people drinking beer, fruity cider, and perhaps a Pimms. But this year - 2017, remember - something slightly different. The usuals are still there, of course, but there’s a new guy. A fluorescent orange that’d look more at home on a shelf in a pharmacy than the pub garden you’re currently hypothetically in.

It’s Aperol Spritz. That’s what you’re seeing. A drink you’re sure isn’t that popular, but look: around half of the people in this pub garden are drinking it, mostly the younger crowd, but also some of the older crew, too. What is this drink and how did it suddenly become so popular?

That was 2017. Two years have passed since then and Aperol Spritz has only grown in popularity since. How? How did this happen? 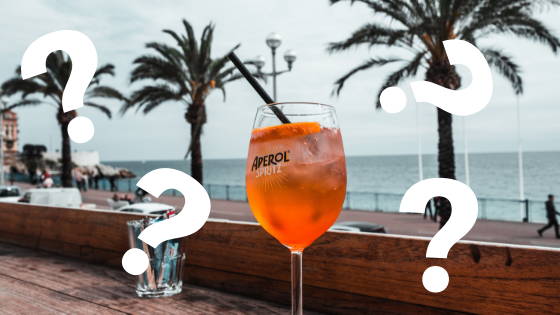 Astutely aware of an inferior ad budget to most other alcoholic brands, Campari had to be creative with their marketing. They had to find cheaper ways to become the go-to drink, areas of influence that didn’t cost the boatloads that half-time Super Bowl adverts and billboards with large-casting shadows.

A dilemma many companies face daily. However, rarely do companies tackle the situation with the same creativity and singularity that Campari, the company who own Aperol, did.

Recognising just how Instagrammable the beverage, Campari realised that if they were to get this drink in the hands of certain influencers in the right scenes, pictures would inevitably flow out to hundreds of thousands of impressionable minds. And then from there, those minds would post carbon-copies of such pictures, and then followers would do the same. It seemed simple and easy, it was just a matter of getting the drink into their hands in an organic scenario.

So Campari turned to the events scene. Starting out in New York, Campari’s marketing team began deploying Aperol Spritz booths at some of the biggest events that summer, including the Governors Ball and Jazz Age Lawn Party. After that, pictures being popping up and the drink got traction.

From there, Campari made mobile Aperol Spritz bars and sent them around New York on hot days, giving out free Spritz to the thirsty and frugal. After that, it reached enough Instagram accounts to have a global reach. And then you started seeing it in beer gardens in England. Aperol Spritz, the first alcoholic beverage of Instagram. Achieved through events.

Product has been added to your wishlist.
You can view your wishlist by creating or login account.
Please create account through "" email.
Login Register